How Long Do Pimples Last? 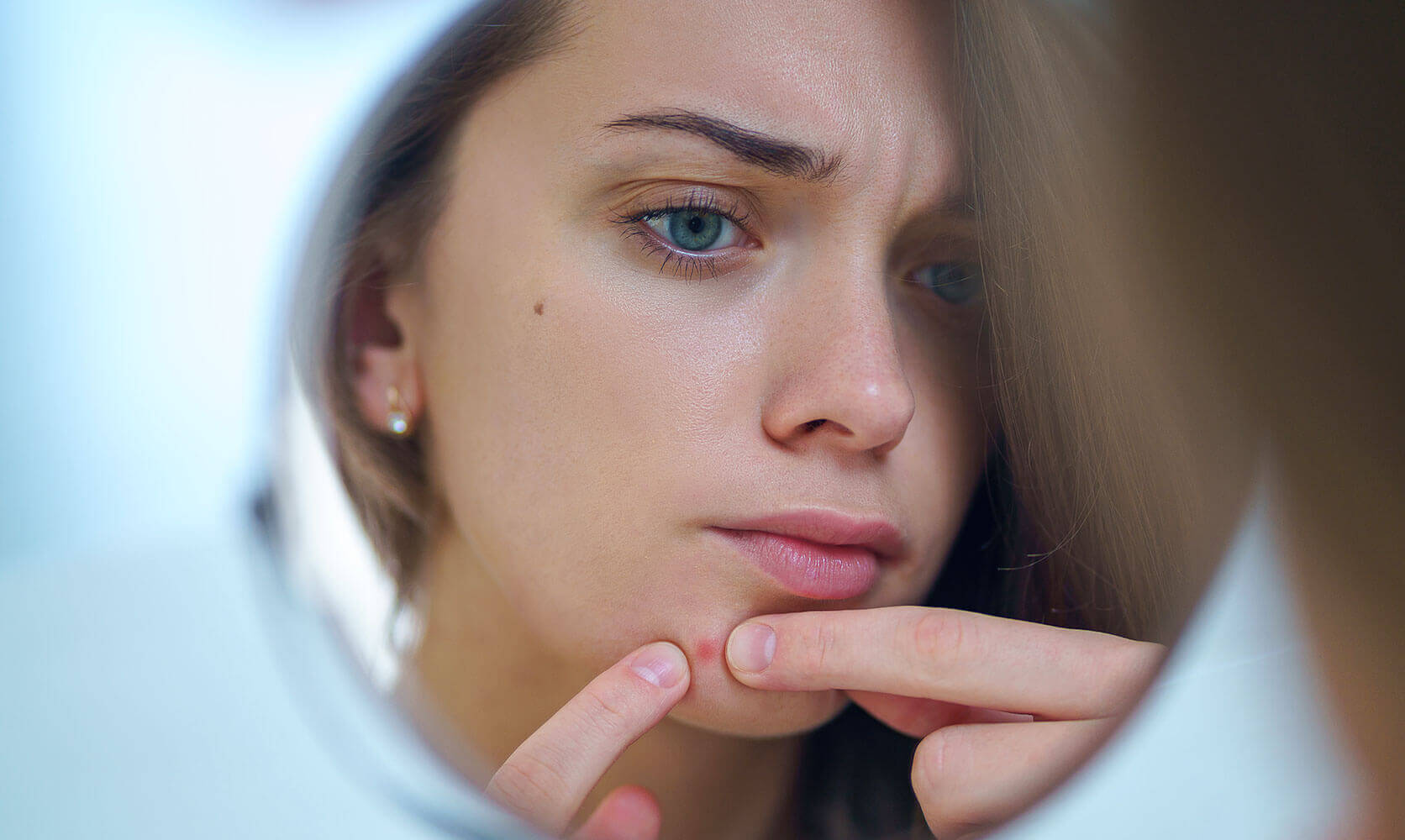 Let’s be real: a pimple is like an unexpected relative you weren’t planning to see until the holidays — it can show up at the worst time and be impossible to get rid of, especially when a big event is looming.

If you have a wedding or family reunion on the horizon, you may find yourself wondering ‘how long do pimples last’ (haven’t we all?). Even though when you have a pimple it feels like it’s going to last for weeks, the answer is thankfully not forever.

The real answer to this question stems back to the type of pimple you have. Acne is an extremely common skin condition that affects millions of individuals, but there are several different types of breakouts, and how long they last is dependent on what type of pimple it is.

More on acne, how are pimples formed, and some treatment options to explore, ahead.

The answer to the question ‘how long do pimples last’ depends on the kind of acne you’re dealing with. As a reminder, acne is a skin condition characterized by different types of tiny bumps that form on the skin. These bumps are also known as pimples, and they show up when pores become clogged with excess sebum (aka oil), dead skin cells, and bacteria.

While it’s easy to assume that pimples are just big red bumps on the skin, not all pimples are the same. Acne can be anywhere from mild to severe, and can appear as whiteheads, blackheads, or pustules, which are bumps that are filled with pus. Papules, acne nodules, and cysts are other types of acne that can appear.

How long do pimples last?

While milder acne can respond to over-the-counter products and ingredients, other cases can be moderate to severe and may require professional treatment. Some pimples will calm and disappear in a few days, others will take a week or more. If you have large clusters of breakouts, it may take several weeks or even months to get all of your pimples to clear.

Let’s take a closer look at the different types of pimples and their treatment options below.


How are whiteheads formed?

If you’ve seen white small bumps forming on your chin and nose, chances are you are dealing with whiteheads.

Whiteheads are a type of pimple that form when excess oil and dead skin cells clog up your pores. This plugged pore shows up as a small bump with a thin layer of skin over it, which is why it’s called a closed comedone. Open comedones, also known as blackheads, show up as a dark dot on the skin. Whiteheads usually appear on the face, back, and chest.

How long do whiteheads last?

Surprisingly, whiteheads can stay in the skin for a long time (sometimes even for years). However, rest assured they aren’t permanent — they can be treated or will eventually become pimples and zits when the wall of the plugged follicle breaks down.

Because whiteheads are a mild type of acne, they can be easily treated with over-the-counter acne products containing benzoyl peroxide, salicylic acid, or sulfur. However, if you have a stubborn case of whiteheads on your hands, it’s best to consult with a dermatologist to explore your treatment options.

How are blackheads formed?

Like whiteheads, blackheads occur when pores become plugged or clogged. However, blackheads are unique in their appearance — they are open comedones (while whiteheads are closed comedones) that have a black-colored plug instead of a white one. The same oil, dead skin cells, and debris that are in a whitehead get exposed to air and the mixture oxidizes, which is why it turns black.

How long do blackheads last?

Blackheads can also stay in our skin for a long time (also for years in some cases). Like whiteheads, they can also become pimples when the wall of a plugged follicle breaks down. Treating blackheads is similar to treating whiteheads — over the counter ingredients such as salicylic acid, benzoyl peroxide, and sulfur can help unclog the pores. If your blackheads like to stick around and refuse to leave, you may want to consult with a dermatologist to explore your treatment options.

Popping your blackheads may be tempting, especially if your pore strips can’t seem to get them out. However, it’s best to leave stubborn blackhead removal to the pros — popping them yourself can lead to scarring, an infection, or even more noticeable acne.

How are pustules formed?

How long do pustules last?

While pustules can last anywhere from a few days to a few weeks, most cases can be treated by over-the-counter acne medications. But because pustules can be very similar to blisters, they may require professional treatment if they don’t respond to the acne products in your bathroom after several weeks. You’ll want to be patient and persistent in your treatment of pustules — this is definitely one of the types of pimples that won't clear overnight.

How are papules formed?

Papules do share some similarities with pustules — they are an inflammatory type of acne (which can be moderate at times) that occur when clogged pores get invaded with bacteria and become inflamed. Papules are typically all red, and don’t have that white, pus-filled head. However, these types of breakouts are smaller than pustules (they appear as small red bumps). Often, papules will turn into pustules over the course of several days.

How long do papules last?

Like pustules, papules can last several weeks. Treating papules can be as easy as washing your face twice a day with an acne face wash that contains benzoyl peroxide or salicylic acid. However, if you have a lot of papules, you may want to book an appointment with a board-certified dermatologist.

How are acne nodules formed?

Next up are acne nodules, which are a severe type of pimple characterized by intense inflammation and scarring. This type of acne occurs when clogged pores get invaded with bacteria and become inflamed deep within the skin.

How long do acne nodules last?

Because of the severity of acne nodules, be advised that they won’t disappear in a few days and usually require professional evaluation and treatment to avoid future scarring. This type of severe breakout can last up to six weeks.

How are cysts formed?

Last, but certainly not least, are cysts, which are a more severe inflammatory type of pimple that requires professional evaluation and treatment. Cysts are the most severe type of acne and they appear as pus-filled lumps on the skin. They form the same way as nodules, when bacteria invades deep within the skin, causing a painful red bump that reaches deep in your skin.

How long do cysts last?

Because of their severity and high risk of scarring, treating cysts takes much longer — it may even take several months. With these types of breakouts, it’s best to consult a professional for the best plan of attack.

Acne can be nothing short of frustrating — it can show up unannounced and can take some time (and persistence) to clear.

However, not all pimples are created equal. Some are milder like blackheads and whiteheads, and are easier to treat, while others are severe, like nodules, and cysts. While the different types of acne can look pretty different, how they form remains the same: they are the result of clogged pores that fill with sebum, dead skin cells, and other debris and are invaded by bacteria that causes an infection.

Though, keep in mind that acne treatments do take time to work. Some products and treatments can require four to six weeks to work, and, as a result, it can take two to three months or longer to start seeing clearing. Similarly, you’ll also want to carefully follow all product instructions carefully and be extra diligent about following your skincare routine.