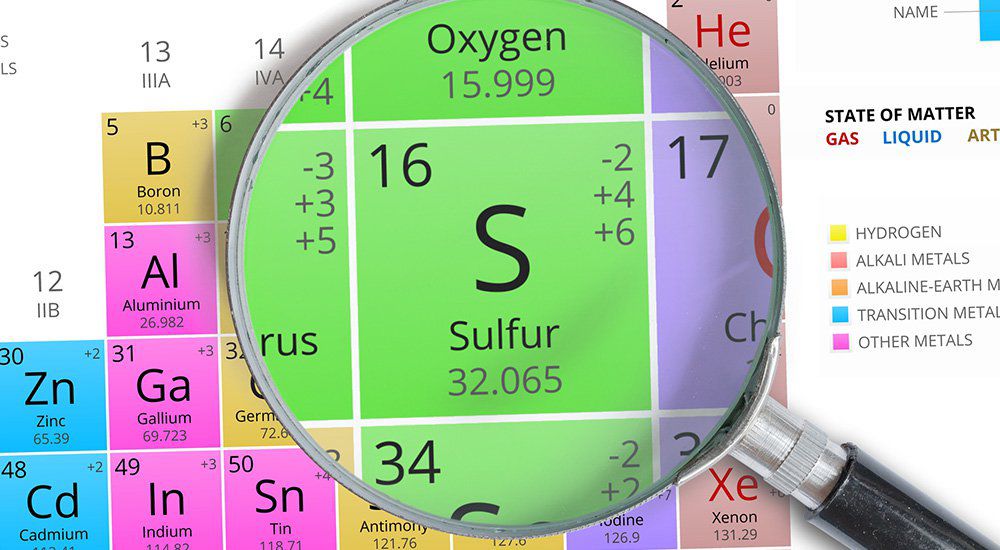 Sulfur is a substance that for thousands of years has been a popular way to treat acne and other kinds of skin inflammation. As early as 5,000 years ago the ancient Egyptians made a sulfur salve to treat acne. Traditional Chinese medicine also prescribed sulfur for skincare concerns.

Sulfur is the tenth most common element in the universe. It is typically found near hot springs and in volcanic regions of the world including Indonesia, Chile and Japan.

Sulfur is known for its distinct “rotten eggs” smell. Pure sulfur has no smell, but many of its compounds do. For example, sulfur compounds called mercaptans give skunks their smell. And rotten eggs (and most stink bombs) get their distinctive aroma courtesy of hydrogen sulfide (H2S).

How Does Sulfur Treat Acne?

Scientists aren’t exactly sure why sulfur is so effective against P. acnes bacteria but they do know it is gentle and has very few side effects. That’s why sulfur is such a common ingredient in masks, washes, soaps and creams designed to fight acne.

Another way that sulfur works to control acne is that it makes the very top layers of the skin dry out and peel off. This dries up pimples and helps prevent future blemishes. In this respect sulfur is similar to salicylic acid.

Sulfur also acts as a check against the excessive production of sebum oils that mix with dead skin cells, clog your pores and cause breakouts.

Sulfur is gentle, but there are possible reactions you should know about before treating acne with a sulfur product. The FDA warns that you should not use sulfur on broken skin or large areas of the skin.

About that rotten eggs odor. Most acne products containing sulfur contain some kind of fragrance to hide the distinctive smell. However, at the beginning you may want to apply these products only at night until you’re sure that the masking agents are doing their job.

Skin redness, itching and flaking is another possible reaction to sulfur. If the irritation gets too severe, just stop using the product and consult with a physician.

Finally, some people are allergic to sulfur products. To see if you are one of them, test a dot of the product on your forearm before applying it to your face and see if there is a reaction.

Sulfur is a basic natural element that has been used for centuries in the treatment of acne. Today, it remains a popular ingredient in many acne-fighting products including masks, washes, soaps and creams. Like salicylic acid, sulfur helps remove dead skin cells that clog pores and lead to pimples and blackheads. There are a few side effects with sulfur acne medicines but they are generally minor and manageable, making sulfur a good choice for almost anyone with acne.

How to Treat Your Acne?