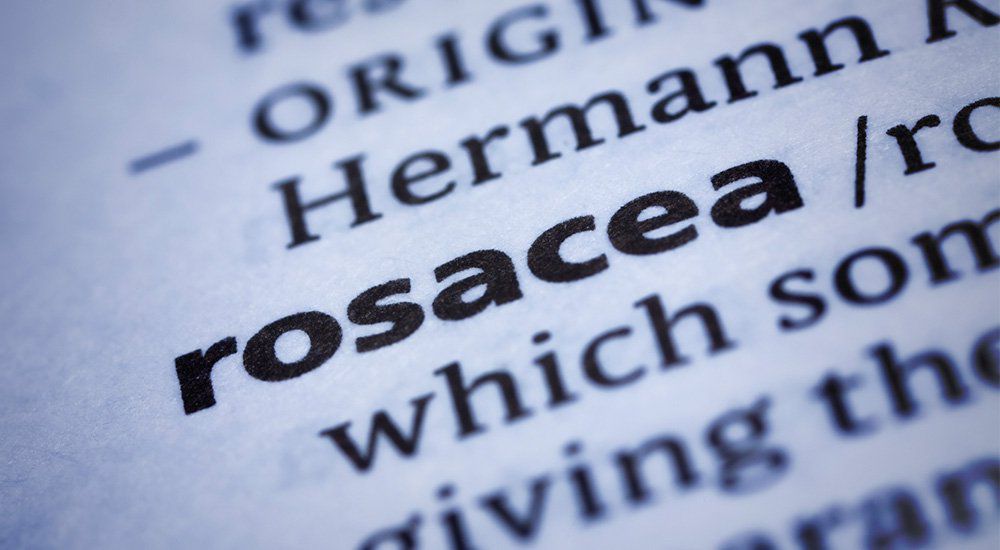 The exact cause of rosacea isn’t known but we do know it’s a chronic inflammatory skin condition that affects the face, neck and chest and that genetics play a major role in whether you’ll get it. Rosacea sufferers generally experience redness or skin flushing and it’s estimated that it affects about 15 million people in the U.S. alone. In general, women tend to be afflicted with rosacea more often then men and it often begins to appear when people are reaching their 30s. Also, those with light skin are more prone to getting rosacea than those with darker skin.

We all have tiny blood vessels under the surface of our skin that are part of our vascular system. In people with rosacea, the blood vessels overcompensate, causing excess flushing as a response to a host of triggers, including cold weather, embarrassment, the sun, drinking alcohol or spicy food. Oft-times rosacea resembles a rash, with redness or a web of small red lines appearing (from the enlarged vessels under the skin). Some people with rosacea might also experience bumps, inflammation, swelling and/or a burning sensation. In rare cases the skin on the nose thickens, causing it to appear bulbous.

While rosacea is not caused by oil overproduction or clogged pores, the way acne is, acne-like bumps are frequently seen on the face in addition to a flushed appearance. However, some people experience both rosacea and acne at the same time.

How to Treat Rosacea

At present there are no over-the-counter rosacea treatments so a visit to the dermatologist is required. Avoiding triggers like the sun, spicy foods and alcohol can also help with flare-ups. What triggers one person might not trigger another, so it can take a bit of trial and error to discover what’s causing rosacea and how best to manage the condition.

Rosacea, like acne, has no cure and can cause sufferers emotional distress. Getting a diagnosis and an effective treatment from a dermatologist can go a long way toward controlling the condition and providing a sense of relief.